With the recent deaths of Anthony Bourdain and Kate Spade, the topic of suicide has been in the news a lot lately, and throughout these discussions, a question has been asked time and again.

Was there something someone could have done?

As we talk about people who have already lost their lives to suicide, there’s no real way to answer that question. We’ll never fully know the thought processes that lead an individual to that decision. But it’s important to remember that on any given day, all around the world, there are people who are wrestling with those same issues that have led people to make that same terrible, fateful decision.

Too many of these people struggle with these feelings by themselves, when all it might take is a chance encounter with someone who recognizes what they’re going through and is willing to truly reach out.

In other words, we can help prevent suicide by asking a different question: Is there something we can do now?

Doing something now often means recognizing the signs that indicate a person is considering suicide. Sometimes the signs might be quite clear. Your friend might talk openly about the desire to explore or complete suicide, or have persistent discussions about death. He or she might make his or her goodbyes to loved ones, or begin giving away cherished items. These are obviously clear indicators that a person is in a very dark place — engage them, and do your best to get them to open up. Most importantly, don’t downplay anything as “a cry for help” or an attempt to get attention. Cries for help mean someone needs help!

Often, though, the indications might not be immediate red flags. People considering suicide generally display symptoms of depression as well as sudden, radical mood swings. They may speak of feeling helpless or hopeless, even if their lives seem to be OK. Even people who have good jobs and are happily married, for example, can be experiencing depression so great it makes them unable to see a point to going on. Listen for increasingly self-deprecating remarks or instances where they say they identify with someone who has died of suicide. Again, never assume that someone is faking it to get attention.

If you suspect someone you know is contemplating suicide, it’s absolutely crucial that you take the time to listen. Moments that happen simply through good fortune, where one person comes along who offers kind words, active listening and thoughtful interaction, can keep someone going for one more day. And one more day is often all it takes.

If you know someone who is actively suicidal, get them to the nearest emergency room, call 911, or call the National Suicide Hotline at 800-273-TALK (8255).

On October 5 and 6, Unison Health will be taking part in two area events aimed at raising awareness about suicide prevention and kicking off Mental Health Awareness Week 2018. On Friday, October 5th, NAMI Wood County presents The After Burn, featuring a 5k Fun Run/Walk, a Chili Cook-off competition, and a Glow Walk throughout the Wood County Fairgrounds. Unison Health will be on hand to lend support for this important cause.

On Saturday, October 6, Unison Health will participate in the annual Out of the Darkness Walk, which takes place at Promenade Park in downtown Toledo. Funds raised through the walk will benefit the American Foundation for Suicide Prevention as they invest in new research, create educational programs, advocate for public policy, and support survivors of suicide loss. The walk begins at 11:45 a.m.; click here for more information.

Meanwhile, if someone you know requires immediate crisis counseling, help is available at Unison Health. Contact us at 419-214-HOPE right away!

18% of the adult population suffer from some type of mental illness. 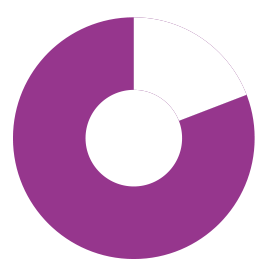