Picture it: You and your friends dining, dancing and generally looking straight fire like stars on the red carpet. That’s prom night at its best, and chances are it will be a night you’ll never forget. But an amazing night can go really wrong, really fast, and all it takes is a few bad decisions.

A Few Sobering Statistics about Prom Night and Alcohol

We know the temptation to drink on prom night is out there. In recent surveys, as many as 41% of high school students said they were planning to use drugs or alcohol on prom night, and even more (75%) said they would feel the pressure to drink.

Meanwhile, in another study, 54% of teens who drank during or after prom had four or more drinks. That’s enough to have you feeling it, which means you would be driving impaired to say the least. In addition, more than 85% of teens would avoid calling their parents if they or their ride is under the influence. (The moral here? Don’t let “my parents will kill me” be the reason an accident kills you.)

The fact is, about one-third of all alcohol-related traffic fatalities involving high school students happen between April and June — the peak prom months. 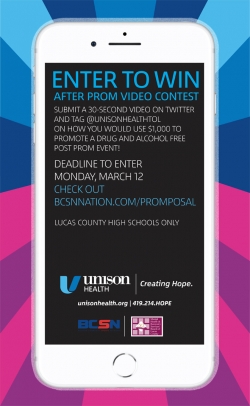 Get $1,000 for Your After-Prom Event with the Unison Health PROMposal!

One of the best ways to keep your prom night safe is to make sure your After-Prom is the kind of event no one will want to miss. All it takes is creativity, a little marketing, and (of course) some money.

That’s why Unison Health, BCSN, and the Mental Health & Recovery Service Board of Lucas County are giving away a one-time, $1,000 stipend for their 2018 After-Prom Event. And it’s super-easy for Lucas County students to get involved!

Submit a 30-second video telling us:

Then upload your video to Unison Health’s Twitter page: @UnisonHealthTol (if it’s not tagged, we won’t be able to see it).

The deadline to enter is March 12, and the winner will be announced March 16. Only one video per school, please. This contest is open to students at Lucas County high schools only!

For more details, including a complete set of rules, click the link at the bottom of the page.

Unison Health wants every high school student to have the time of their lives on prom night, and we want you to have nothing but great memories. If you or someone you know is struggling with substance abuse issues — or any behavioral health concerns that might cause them to make choice they’ll regret — let them know that help is available. We offer services that help people start on the path to a better life. Call 419-214-HOPE for more information!

Prescription drugs were involved in 75% of all overdoses in 2016. 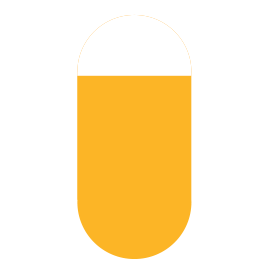