Suicide Rates in the U.S. Are Skyrocketing.

Suicide Rates in the U.S. Are Skyrocketing. Here Are Some Things We Can Do.

In the past 17 years, the suicide rate in the United States has risen by about 25%. According to the American Foundation for Suicide Prevention, nearly 45,000 people die each year by suicide — over 120 each day. Suicide is the 10th leading cause of death in the United States, and the rates of suicide are highest among people in middle age.

These statistics are especially alarming given that there’s no one clear answer as to the cause. Some experts point to the financial crisis of 2008, from which the U.S. economy has yet to fully recover. Others note the opioid epidemic, which has ravaged the nation for years. While these concerns do contribute to the overall national trends, it’s important to note that every suicide comes down to one person making one fateful decision in their darkest moments.

Antidepressants and Suicide: Understanding the Side Effects

We spoke to a recent survivor of a suicide attempt (who asked to remain nameless), and he says people need to be mindful of the medications they’re taking to treat their mild-to-moderate depression. “There’s a reason those TV commercials mention increased thoughts of suicide as a possible side effect — it’s a real thing! The longer I took my medication, the more hopeless I felt. This went on for weeks. I found myself drinking more, getting in more arguments with the people around me, just generally losing my ability to cope. The day I finally realized I was spinning out of control, and that I was seriously considering suicide, I called my doctor. He told me to lower my dosage, but by then it was too late. I took an overdose later that night. Luckily I survived, but I wish I had made that call much sooner than I did.”

He recommends getting off anything that’s not working as quickly as possible, before it gets out of hand. “Antidepressants can be very trial-and-error,” he says, “but there are so many options available that you shouldn’t feel like you have to stick with something that isn’t working.”

The licensed professionals at Unison Health are trained to work with every individual to track the overall effectiveness of his or her specific medication plan, and make adjustments as necessary. It’s part of Unison Health’s commitment to providing clients with a continuum of care. Our people provide each individual with a full diagnostic assessment, which enables us to treat every aspect of a client’s health, including behavioral health issues and any underlying substance use disorders as well as essential primary care needs.

For many people, medications can go a long way toward alleviating behavioral health disorders such as depression. Nearly half of all people who die by suicide exhibit some signs of mental illness. Finding the right medication (or combination of medications) can make a dramatic difference in preventing suicide.

If you believe someone you care about is considering suicide — or if you are considering it yourself — please contact 911 or get to an emergency room right away. All too often, the depression that leads to suicide is a disease that’s lived in the dark. Together we can bring it to the light, and together we can help people understand that they never have to go through it alone.

1 in 5 teens have been in a car with a driver who has consumed alcohol. 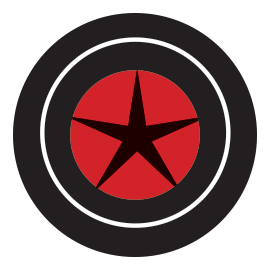